AEA Dialogue on Race and Class 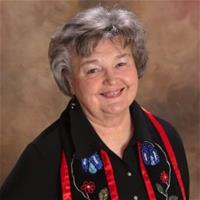 Dr. Joan LaFrance is an enrolled Citizen of the Turtle Mountain Band of Chippewa, Belcourt, North Dakota. She is the owner of Mekinak Consulting, a management and evaluation service specializing in educational program evaluation, research, and management studies. Mekinak Consulting has a long history of evaluation of programs in Tribal Colleges and Universities, tribal and indigenous communities, and for non-profit organizations. With support from the National Science Foundation (NSF) through a grant to the American Indian Higher Education Consortium (AIHEC), she conducted the research and co-authored the book Indigenous Evaluation Framework: Telling Our Story in Our Place and Time.

Currently, she is conducting research on the application of the Indigenous Evaluation Framework in three tribal college communities. In addition to her ongoing work in American Indian tribal communities, she is working projects in the United States Affiliated Pacific Islands to assess culturally relevant mathematics curriculum and climate change education projects.

She has taught research and evaluation methods in graduate programs at a number of universities. She has done municipal budgeting, program development and management, and curriculum development. Joan received her doctorate from Harvard University, and a Master’s of Public Administration from the University of Washington. 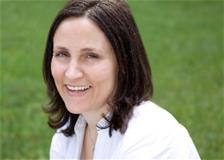 Dr. Amanda Lewis, Professor of African American Studies at the University of Illinois, Chicago. Dr. Lewis' research focuses on how race shapes educational opportunities and how our ideas about race get negotiated in everyday life.  She is the author of Race in the Schoolyard: Negotiating the Color-line in Classrooms and Communities (2003).  She is also the co-editor (with Maria Krysan) of The Changing Terrain of Race and Ethnicity (2004), and co-author (with Mark Chesler and Jim Crowfoot) of Challenging Racism in Higher Education: Promoting Justice (2005).

Her research has appeared in a number of academic venues including Sociological Theory, American Educational Research Journal, American Behavioral Scientist, Race and Society, DuBois Review and Anthropology and Education Quarterly.  She also published (with John Diamond) Despite the Best Intentions: Why racial inequality persists in good schools (Oxford, 2015). 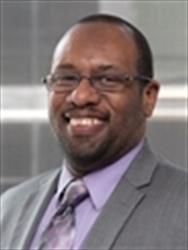 Alden Loury, Director of Research and Evaluation, Metropolitan Planning Commission. Alden joined MPC in May 2016 as the director of research and evaluation. He works with staff and consultants to identify and execute MPC’s research agenda and to attract media attention for MPC’s findings. He follows trends and conducts primary research to produce reports, web content, conference presentations and regional indices for internal and external audiences.

Prior to joining MPC, Alden worked for the Better Government Association serving as an investigative reporter and as a policy analyst. During his time there, Alden provided research, data analyses and lobbying for reform efforts to address inefficient and unethical practices in government. He also wrote several stories analyzing campaign finance data, redistricting changes and government spending.

Alden also spent 12 years at The Chicago Reporter serving as a reporter, an editor and publisher. During his time there, Alden won several journalism awards for stories highlighting the experiences of young black men and documenting racial disparities in drug sentencing, jury selection and jury verdicts. As an editor, he led and analyzed data for more than 50 investigative projects examining the impact of race and poverty in lottery ticket sales, fatal police shootings of civilians, retail leakage in black neighborhoods, residential development surrounding demolished public housing and subprime home mortgage lending, among others. As publisher, he shared The Chicago Reporter’s findings in numerous media appearances and meetings with elected officials.

Alden began his journalism career in Champaign, Ill., where he worked as a radio anchor/reporter and newspaper reporter covering government and social services. He is a 1997 graduate of the University of Illinois at Urbana-Champaign. A Chicago native, Alden grew up in the LeClaire Courts public housing development and the South Side's Auburn Gresham neighborhood, where he lives today. Alden is married with three daughters.

Dr. Robin Lin Miller, Professor of Ecological-Community Psychology at Michigan State University. She has 25 years of experience evaluating HIV prevention and care programs in community-based and clinical environments. A recent member of the AEA Board of Directors, she has also served as editor of the American Journal of Evaluation, Chair of the publications oversight committee, Annual Conference Chair, and is a double AEA award recipient earning both the Marcia Guttentag Early Career Award and the Robert Ingle Award for service to the profession. She has continued to evaluate HIV prevention and care programs, especially those targeting Black gay and bisexual youth. She also studies the long-term use of evidence-based principles and practices in AIDS-related service settings. In pursuing both areas, she has maintained an overarching interest research on evaluation theory, methods, and practice, and, in particular, how evaluation theories are used. Her most recent evaluations include a prospective meta-evaluation for the U.S. PEPFAR Caribbean Regional Program and an evaluation of the long-term health consequences of ex-offender re-entry assistance services for persons living with HIV. 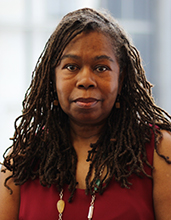 Susan Smith Richardson, Editor and Publisher, The Chicago Reporter. She’s been a crusading journalist for more years than she cares to remember, most of the time with daily newspapers. Her columns about gentrification helped her land a Nieman Fellowship at Harvard, where she also earned a Master in Public Administration.

Before becoming a journalist, she was a community organizer in Texas and the South, working in communities of color and with rank-and-file labor organizations. Susan lives in the South Side neighborhood of Woodlawn. 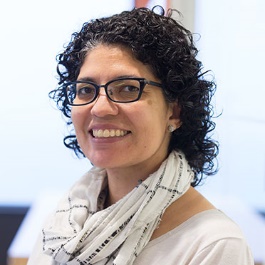 Susana Vasquez, Vice President of Strategic Partnerships. Susana Vasquez joined IFF in 2015 to direct strategy and raise funds for transforming Midwest communities. Previously, Vasquez served the Local Initiatives Support Corporation’s Chicago office for 12 years, first as Director of the New Communities Program, then as Executive Director. Prior to LISC, she worked for The Resurrection Project, a community development organization in Chicago’s Pilsen neighborhood. Vasquez serves on the boards of ChangeLab Solutions and University of Chicago’s Civic Leadership Academy and is a member of The Chicago Network. She earned a master’s degree from Harvard University’s Kennedy School of Government and has a bachelor’s degree from the University of Illinois at Urbana-Champaign.